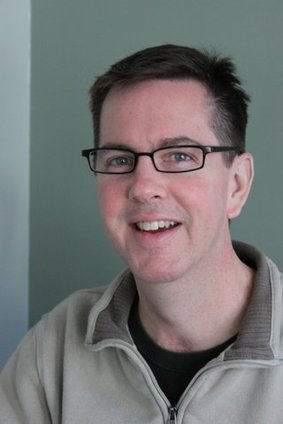 Throughout the early 90's, Gerry worked as a performing musician. He settled in the Raleigh area as a result of some friends attending NC State's graduate schools. He began teaching piano in 1992. He enjoyed teaching so much, that he opened his own studio in 1993 (Diamond Piano Academy-Quail Corners Commons). Gerry operated Diamond Piano Academy until 2002. During this time, he created the Diamond Piano Method, a course of study that introduces young musicians to the music theory fundamentals that create the music they are learning to play.

In 2002, Gerry merged Diamond Piano Academy with partners running businesses that specialized in visual arts instruction and summer camp development. He spent the next 4 years helping his new partners open piano studios in several locations in the Charlotte, Cary, and Winston Salem areas. Eager to return to the classroom and concentrate on curriculum development, Gerry opened Family Piano Academy on October 1, 2007. 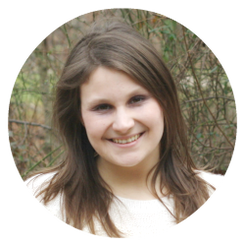 Tamara was born and raised in Binghamton, NY. She had an extremely musical upbringing which she attributes to her Ukrainian heritage. She started piano lessons at the age of seven and participated in the school band, marching band, and choir. Aside from piano and voice, she has also played flute, oboe, and baritone saxophone. Her summers in high school were spent attending the New York State Summer School for the Arts in Choral Studies. It was there that she discovered her passion for choral singing and decided to pursue a career in music.

After high school, Tamara attended Westminster Choir College in Princeton, NJ where she earned a Bachelor of Music in Music Education and Voice. In her time at Westminster she was a member of the select group Williamson Voices and performed several times at Carnegie Hall, her favorite being Beethoven’s Symphony No. 9. She graduated in 2009 and has since taught general music for grades K-7, chorus for 4th and 5th grade, after school music classes, and private piano lessons. After seven years in the classroom she is excited to begin the next chapter of her career as a private voice and piano instructor. 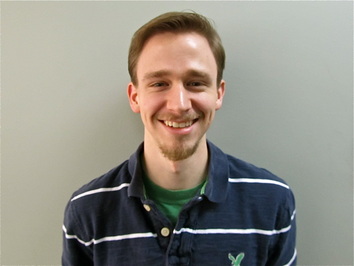 Ryan fostered his love for music at an early age under the influence of his grandfather. He would sit Ryan at his Disklavier piano to watch the movement of the keys as they performed beautiful repertoire.  Once his parents acquired a piano of their own, Ryan started his education and exploration of music with piano lessons at the age of 5.  Since then Ryan has had several influential mentors, including Family Piano Academy founder Gerry Diamond and Dr. Bair Shagdaron from the Hayes School of Music at Appalachian State University.  Ryan studied for four years in the music therapy program and is currently pursuing a music therapy internship, which is the final requirement for completing his degree.

In addition to studying piano and music therapy, Ryan also has a passion for songwriting and composition.  Along with teaching and managing front desk responsibilities, Ryan has been tasked with being the unofficial FPA music arranger whenever students wish to learn music that is "off the page".  In 2013, Ryan arranged teacher accompaniment parts for every song in the Diamond Piano Method, the same piano curriculum that he credits for helping him understand, write, and interpret Western music.

Ryan also particularly enjoys music as a communal experience.  He grew up singing in church choirs under the direction of valued mentor Gene Pipas, and in college sang with the Appalachian State University Singers.  He also participated in music ministry with a local church in Boone throughout four years there.  During his final year he had the opportunity to lead and direct music for the community.
Currently, Ryan is excited to be a part of the wonderful community at FPA where people are constantly discovering and exploring the world of music! 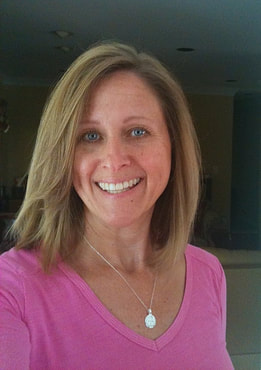 Kelly began taking piano lessons at the age of 12 and was so happy to finally do something she had longed to do for years - play the piano! She started a little later than most, but quickly closed the gap through her excitement and eagerness to "catch up."

She continued private lessons through college and also gained experience through the years by serving as pianist at several churches, along with teaching privately and playing for weddings and funerals. Currently, she serves as accompanist for a local middle school chorus and teaches here at the studio and in our after-school program at one of the Thales Academy campuses.

Kelly is married to Rob, who serves as Outreach Pastor at North Wake Church in Wake Forest, where they have been for the past 25 years. They have four children, ranging in age from 12 to 26.

"I love to tell my students that playing the piano for others is like telling a wonderful story; you make the music come alive for others by conveying feeling and emotion through your own personal touch and emphasis at the piano." 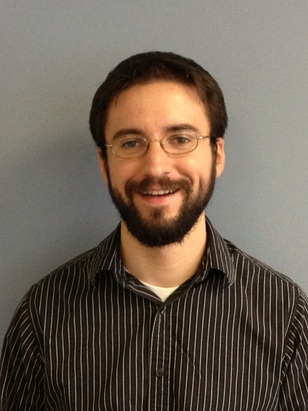 Keith began studying piano at 8 years old, when his grandparents shipped his parents an old piano that had been sitting unused in their basement for many years. From there, he picked up the trumpet at 12, which took him to Japan on tour with his high school band in 2005, into the studio with his school jazz band, and finally the music program at Case Western Reserve University in Cleveland. While at Case, Keith threw himself into recording, enrolling in the joint program between Case and the Cleveland Institute of Music. Alongside his recording studies, Keith studied classical and jazz theory, electronic music composition and sound design, and added electric and upright bass to his arsenal.

Towards the end of his time at Case, Keith formed a friendship with music director Paul Ferguson, who invited him to record and produce two albums for his own group, the Paul Ferguson Jazz Orchestra, and one for the Cleveland Jazz Orchestra. In the fall of 2010, Keith was invited to join the Tesla Orchestra on a two week European Tour as their music director and audio engineer, and has continued arranging and composing music for the ensemble ever since. After returning from the tour, Keith threw himself into gigging with various ensembles ranging from pit orchestras, to classic rock bands, to zydeco/cumbia/forro/pan-americana bands all over the Boston area, until he was invited to join a full time touring band based out of Raleigh. Now in Raleigh, Keith plays with a number of local music groups and is very excited to continue his teaching career at Family Piano Academy. 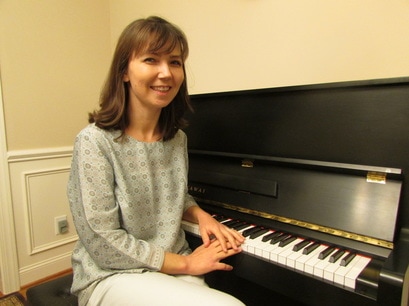 Antonina received her Master’s degree in Music from University of California, Irvine. She has over a decade experience in teaching violin and piano to students of any age. She specializes in teaching violin and piano technique, sight reading, ear training, and music theory, as well as preparing students for recitals and examinations. Antonina also enjoys performing. While at UCI, she was a violinist in “From the Top” program series with Christopher O’Riley and led the UCI orchestra as the concertmaster. She also performed numerous times at her local church and for private events. Antonina also served as a violinist in Rio Hondo Symphony for several years.  Antonina’s favorite composers are Brahms, Chopin, and Tchaikovsky. She is passionate about teaching students the wonder of music, and is excited to join the excellent faculty of FPA! 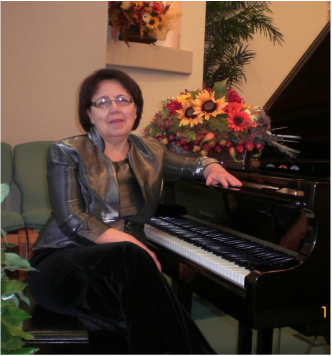 Valentina has been teaching classical piano to all ages for over four decades.  Many of her students have won piano competitions and continue to pursue piano careers.  Valentina has taught at the Children's Music School and College of Theology in Rep. of Moldova, Europe.  She also has taught at Yamaha Music Academy in Fullerton, CA and prepared students for Associated Board of Royal School of Music examinations.  Valentina has acted as principal church pianist in several churches for many years. She received her degree from Moldavian State University of Arts and studied with Olga Jukova, professor at Moscow Conservatory.  Valentina wrote the article "How Piano Lessons Influence Your Child's Overall Development" and she is excited to pass on her love and appreciation for music to her students. 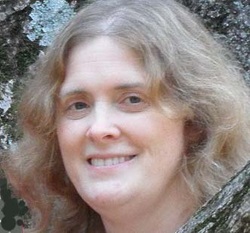 Pam received her music degree from UNCG, where she studied piano, flute and music composition. After graduation, she started teaching music, and began performing with the Charlotte-based Celtic band Maggie's Fancy. Their recordings were played on many radio stations including the BBC and the NPR radio show Thistle and Shamrock. She was the music director at St. Luke Catholic Church in Charlotte, NC, where a mass she wrote was regularly used.

In 1999, she moved to the Triangle where she had a few good college friends. She felt a connection with the people and was attracted to the atmosphere provided by the many universities in the area. Here, she taught for many years at Pearson Music and began playing regularly for Mars Hill Baptist Church.  She is excited to be joining the Family Piano Academy and continuing to teach. 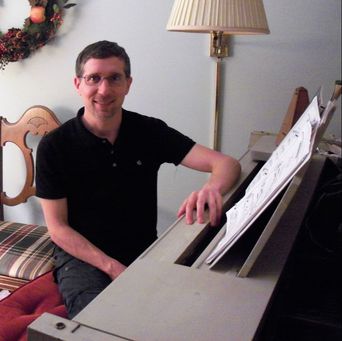 Piano or bass lessons can be fun! Really!!

I love all types of music, and I enjoy the challenge of finding out how best to help my students plug into the wonderful world of music in an entertaining and relaxed manner. Music is thrilling and I believe that learning it should be too.

I have over 15 years of teaching experience, a Master of Music degree from ECU, and I've performed with many outstanding orchestras and musicians in the Triangle area (North Carolina Symphony, Raleigh Symphony, Carolina Philharmonic, churches, rock bands, and chamber music ensembles).

I instruct at the college level, including teaching on-line for Pitt Community College, but I love working with brand new beginners too.  I have also taught in local public and private schools and performed for numerous churches on piano, organ, string bass and (electric) bass guitar.

My students use a combination of method books, scales, exercises as well as supplemental songs and pieces which they are encouraged to help pick.  Students enjoy learning to play songs that they choose.

Because it’s so important for being a successful bass player, I integrate practical music theory into the bass lessons.  This gives my students a deep understanding for creating bass lines. 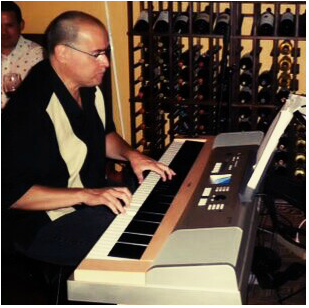 Rick Zayas was born in New York City in 1952 and began studying music at the age of 8. Even at that early age, he knew that music would be a big part of his life. His parents had the good fortune of being friends with many influential musicians in the Latin music field during the 1950's and 1960's, a musical influence that would be useful later on in his life as a professional musician. He studied at Fordham University, at Lincoln Center, and at the Julliard School in New York City. He also studied Solfeggio and Composition with the Cuban composer Alberto Socarras, one of the pioneers who brought Latin Jazz to the United States back in the early 1930's.

Rick has had the opportunity to perform and tour with many wonderful performers including Cab Calloway, Debbie Reynolds, Bob Newhart, Hal Linden, Michael Pedicin Jr., and Buddy Greco. Most recently he served as musical director for the Philadelphia based Latin Jazz Band, Eddi Rosado's "En Passant."

Before moving to the Triangle in 2007, Rick was interim teach of Applied Musicianship at Charter-Tech High School for the Performing Arts in Somers Point, NJ. From 2007 to 2015, Rick worked in the Special Education Department at Wakefield High School in Raleigh, NC. This position has helped to broaden his approach to teaching students of any age and at any level of piano playing. Rick's main goal is transmitting his love of music to all of his students, especially music theory. He is a firm believer that the process of creating music is just as important as the final product. By looking at the "Big Picture," students can truly experience the fun of playing and creating music.